Catherine Radosa works at the point where images and situations meet, whether she encounters them on her own or produces them herself. By reading places, observing, listening, doing research, she questions memory’s present as well as its personal and collective representations. These touch on the relationship of the individual and society, geographical and social borders, history, and identity.

For Caméra(Auto)Contrôle, the artist is presenting a film that follows the adventures of a GoPro camera mounted on the roof of a car driven by her as it crosses the Canadian-American border. Catherine Radosa has contributed to the programs of various collective events (such as the Nuit Blanche, Paris, in 2011, 2012 and 2013), and festivals (Rencontres Internationales Paris/Berlin/Madrid at the Palais de Tokyo and the Haus der Kulturen der Welt in 2012 and 2013 respectively). 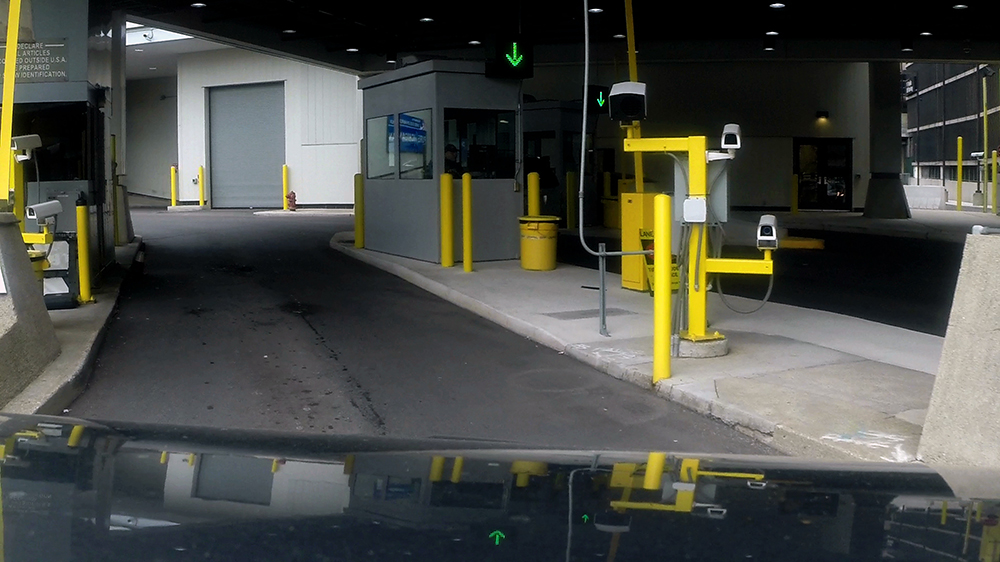