The recent “Drone Papers” on the American program of targeted assassinations reveals that nearly nine out of ten of the persons killed were hit by missile strikes. This extensive and highly secret program has been the subject of painstaking research by the young artist Clément Lambelet.

The freeze-frame photographs in his Coincidence series come from a video by the American army that is available on YouTube. A drone follows an attack against an ISIS camp. Between two explosions, the infrared camera briefly focuses on a pair of donkeys. These selections featuring “the irruption of the real” are an ironic commentary on the accuracy that is currently the norm in these theaters of operations. Although it is important to recall the appropriationists of the early 1980s like Richard Prince and Sherry Levine, the term “to shoot photographs” has fundamentally changed since the advent of the internet. 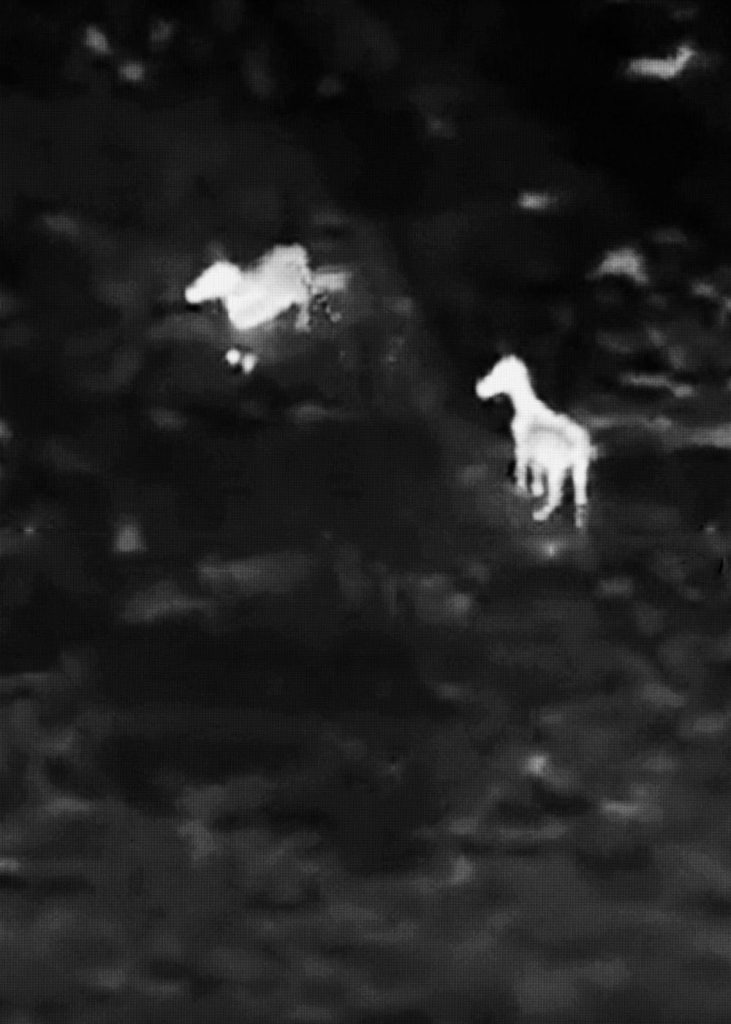