Dan Graham began his career in the early 1960s with pieces that were associated with conceptual art, although his work eventually involved not only photography and film but also performance, architecture, and writing. He is one of the very first artists, if not the first, to have worked with security devices. In 1974 he began experimenting with installations that were equipped with CCTV (Closed-Circuit-Television) and often built with one-way mirrors (called “spy mirrors” in German and frequently used in the architecture of multinationals’ administrative headquarters). The 1975 piece Yesterday/Today separates two continuities (image and sound) and puts them back together, though with a significant misalignment. Sound and image are recorded in the executive office, then broadcast to the exhibition space in a continuous flow, albeit with a 24-hour delay for the sound. 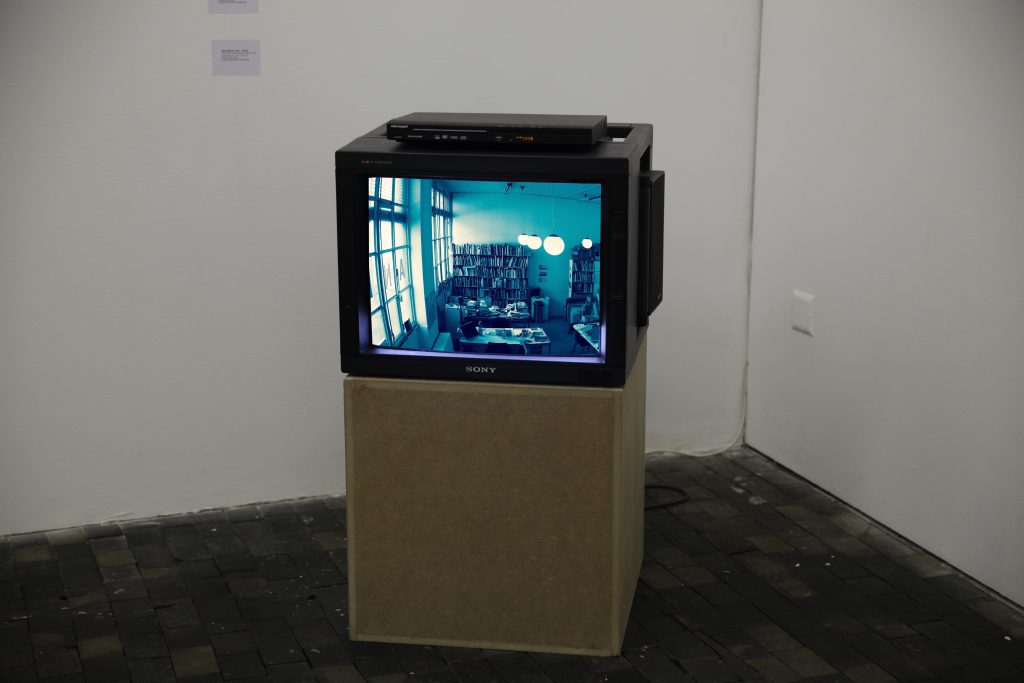