The piece 29 Arrests is being shown for the third time at CPG after Against the grain in 2014, and Fred Lonidier’s solo show STRIKE in 2015. This inescapable series features the same slide twenty-nine times, i.e., a police photographer seen from behind taking the portrait of the students arrested during a sit-in before the US Navy HQ in San Diego, when the military was conducting a massive bombing campaign against Cambodia in 1972.

The piece, which the Californian artist and fellow traveler with Allan Sekula and Martha Rosler considers one of his first important pieces, is also a token of his political radicalization. In the spirit of conceptual art, 29 Arrests embraces the ways the internal security services systematically amassed files on individuals, and gives back its bite to American documentary photography from the early 1970s. 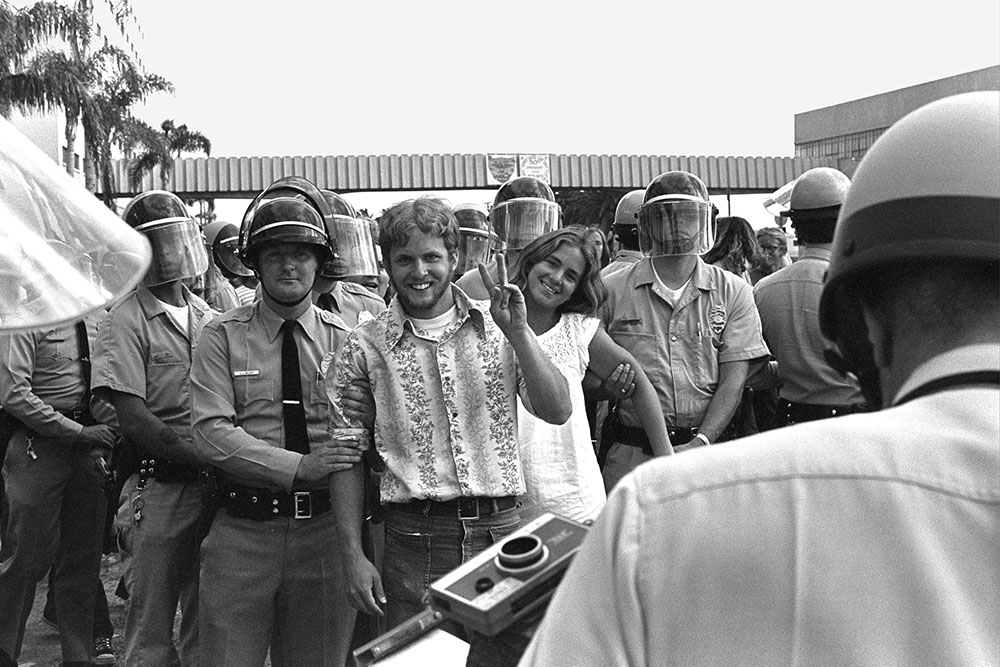