Gianni Motti is known as the virus artist in the Information Age, and taken in the broad sense, i.e., hardware and software combined, the information industry is in effect the heart and soul of contemporary ultracapitalism. It is in the social field that Motti is active. His work is very often done once the mass media catch wind of it. The artist leaves contemporary art venues empty, for instance, or he makes it impossible to access them. Invited by one of the most important New York galleries just when social networks—the greatest transmitter of selfies— were exploding, the artist turned to the oldest medium of Western art, oil on canvas, to assert in the most subjective way the fact that he does not belong to Facebook, after his contact details had been stolen several times. 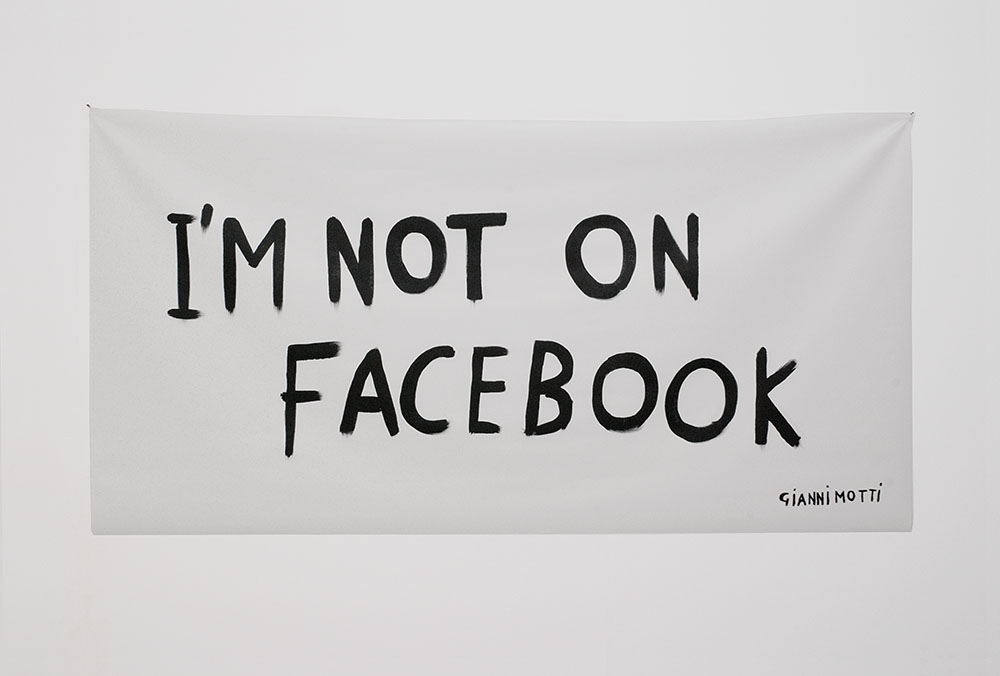