A researcher and freelance journalist specialized in cyber security, surveillance, censorship, and privacy on the internet, Jacob Appelbaum is also one of the developers of the Tor project, a free computer network that exists under the radar. He works with other creators/activists like the filmmaker Laura Poitras, Ai Weiwei, and Julian Assange, the founder of WikiLeaks. The Caméra(Auto)Contrôle exhibition features a series of portraits of these people shot by Jacob Appelbaum using infrared-sensitive film, an offshoot of surveillance technology. 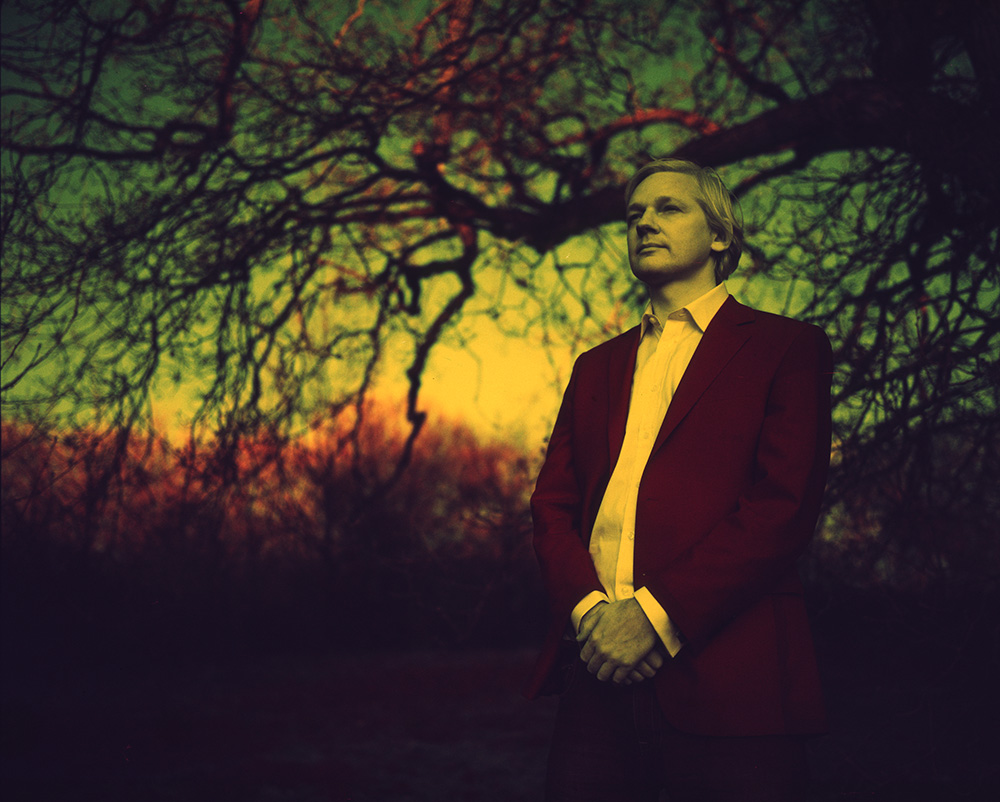 Julian Assange, (Undisclosed location near Bail Mansion outside of London), 2012

COURTESY THE ARTIST AND NOME, BERLIN