“The Drone Shadow is not just a picture of a drone. It is a diagram of a political system.” James Bridle.

James Bridle is an author, publisher, and technology expert. His work stands at the intersection of literature, culture, and networks. The Drone Shadows are a series of installations that consist in 1:1-scale outlines of drones that transpose both the physical reality and the apparent invisibility of these unmanned aircraft. First produced in London in 2012, this piece has since been reiterated in differing forms around the world. The artist himself provides a guide encouraging anyone who might be interested to create other silhouettes.

London Surveillance Cameras is a series for which Bridle posted photographs of the 140 security cameras described in the title on a Flickr account, as if to begin documenting the surveillance infrastructure in London. Just for the record : Great Britain at present has 6 million security cameras. 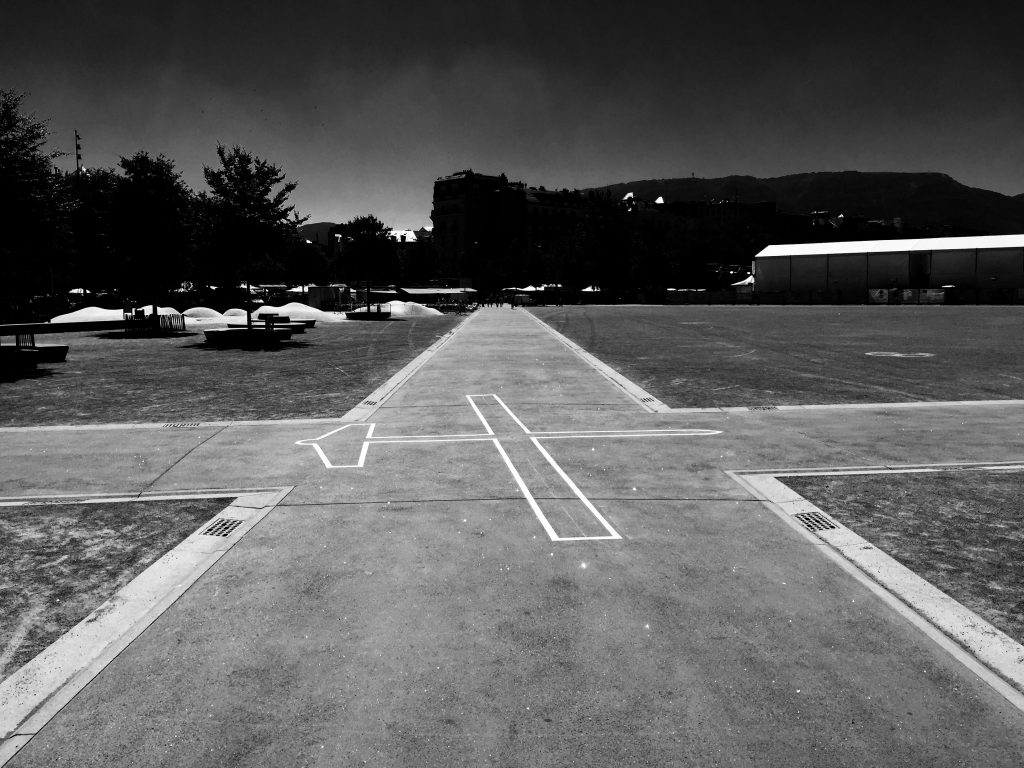