Jemima Stehli made a name for herself in the late 1980s with series of photographs that combined performances and nude self-portraits. With these works she was seeking to question desire, narcissism, and sexuality. She wanted to show herself nude as an artist becoming an object.

The series called Strip on view at Caméra(Auto)Contrôle was her response to both the debate raised by her earlier works and the fact that she was forced to publicly justify the use of her female body. This is the reason why she decided to turn her back on the viewer and entrust the shutter release to those who were in a position to determine the interpretation and value of her works. The art critics and curators who had played a role in her career were invited to shoot a self-portrait while the artist undressed in front of them. The viewer is invited to observe the positions of male bodies in these shots. 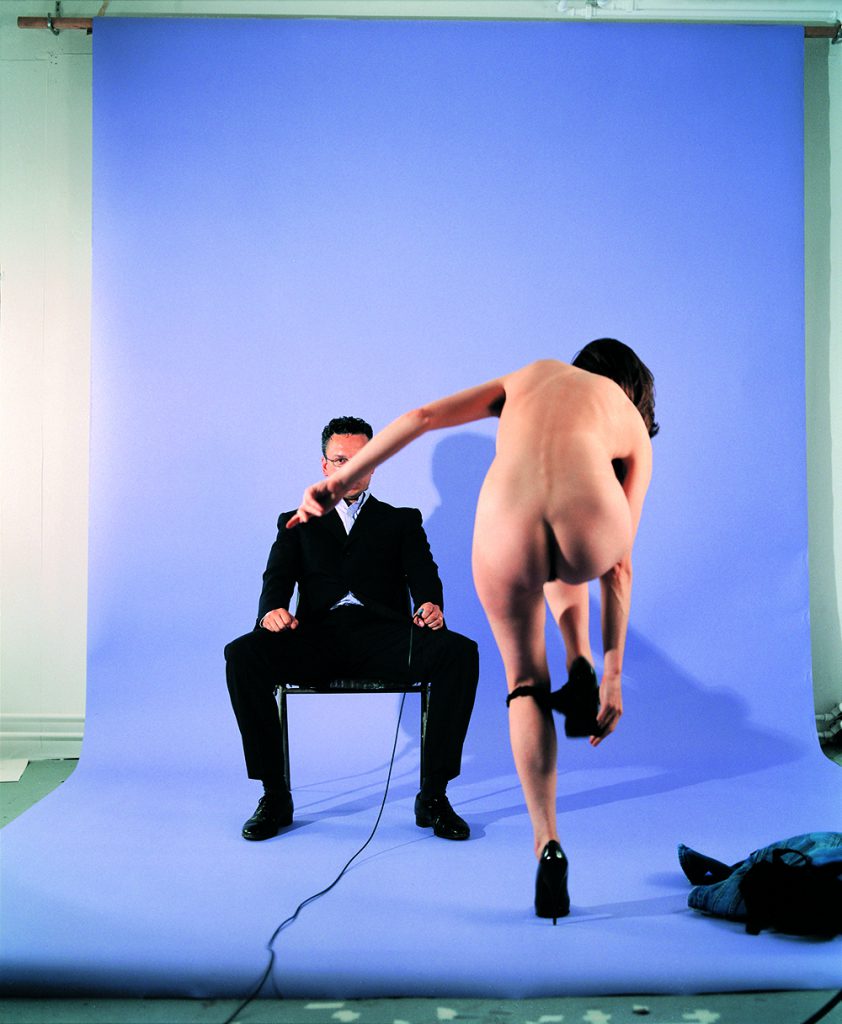