The photographer Joakim Kocjancic studied art in Florence and photojournalism in London before settling in Stockholm in 2006. Eight years later, he brought out a book that attracted not a little attention, Stockholm Paradise. With its clear-cut black-and-white esthetic and subjects drawn from contemporary street photography, the book goes well with the expressionism of an Anders Petersen, the artist’s mentor, who himself studied under another major figure of street photography, Christer Strömholm. Although Kocjancic’s work does not closely correspond to the central concerns of Caméra(Auto) Contrôle, the photograph on display—drawn from Stockholm Paradise—does have an evocative power that inevitably recalls an important reference for the show, George Orwell’s 1984. 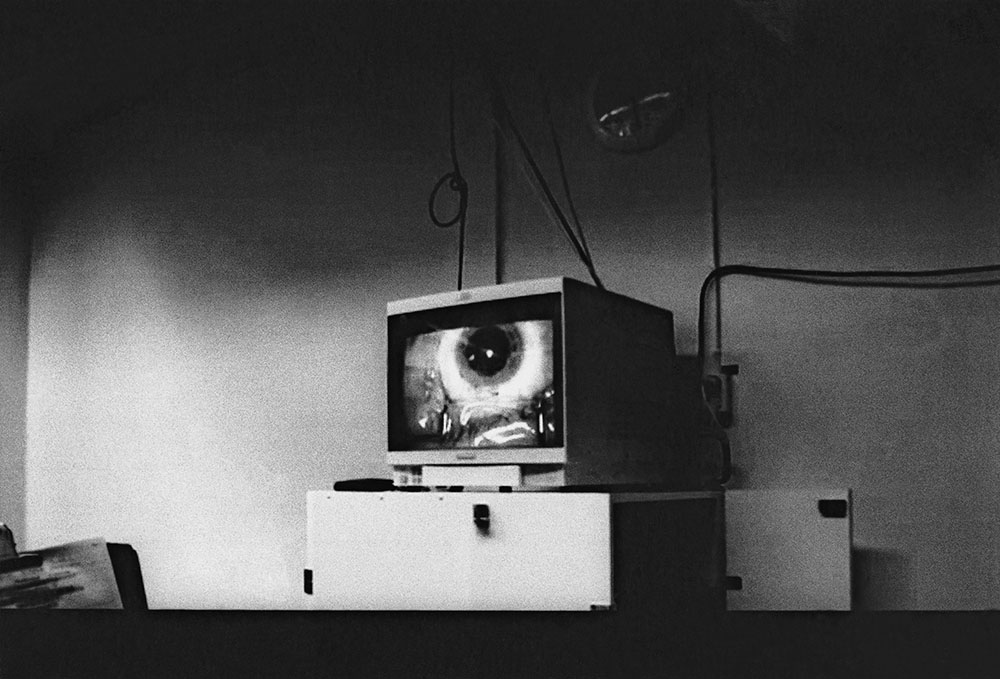