“The monitors of surveillance are the eyes of a social body gone berserk”. Julia Scher

Julia Scher emerged in the mid–1980s thanks to her critical use of security cameras and other control devices. She argues that, far from creating a reassuring and protective environment, these systems alienate the individual and institute a climate of distrust and fear. In Vigilance (1991) she set out cameras around the Pompidou Center with screens showing visitors the images captured in real time, but also pre-recorded images of individuals whose behavior appeared worrying or aggressive. The piece shown here is halfway between these two tendencies in Scher’s work: a specimen of a “camouflaged” surveillance device that is half poisonous plant, half carnival costume. 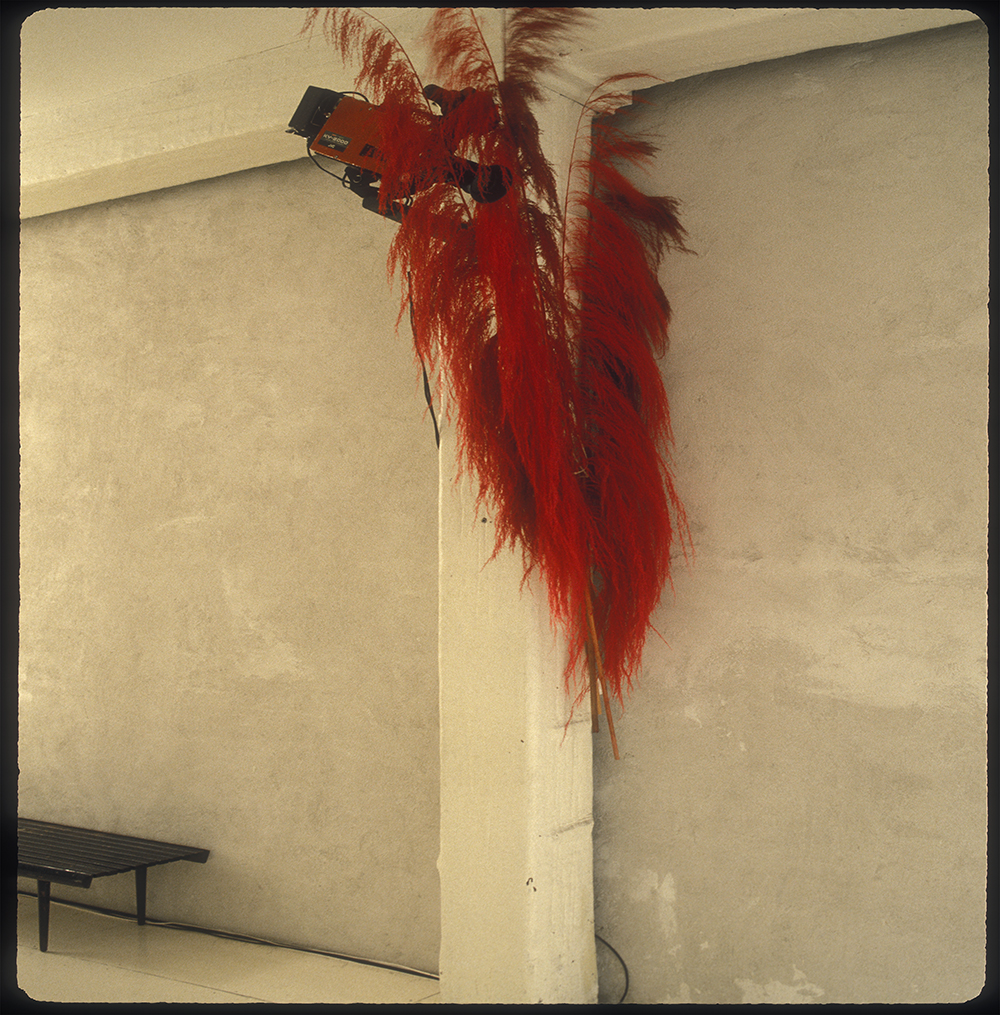