In 1999 the photographer brought out Red Light, an album of photos shot with a 1000 mm telephoto lens and featuring people behind the wheel of their car waiting for a red light. Well aware that the world is overflowing with harmless photographs like his, Caviezel decided it was pointless to produce new ones. He became an iconographer and, like Marcel Proust, toured the world from his room—well, from in front of his computer. This is the reason why then, after more than 15 years, Kurt Caviezel has amassed an archive of some 3 million photographs, all of them downloaded. He did this by going to all possible sites connected with a webcam. His 2013 exhibition titled Global Affairs at CPG offered a first overview of the collection. Three years later a large wall piece, The Users, features portraits of unknown people who were photographed without their knowledge, a kind of encyclopedia of our behavior in front of our computer screens. 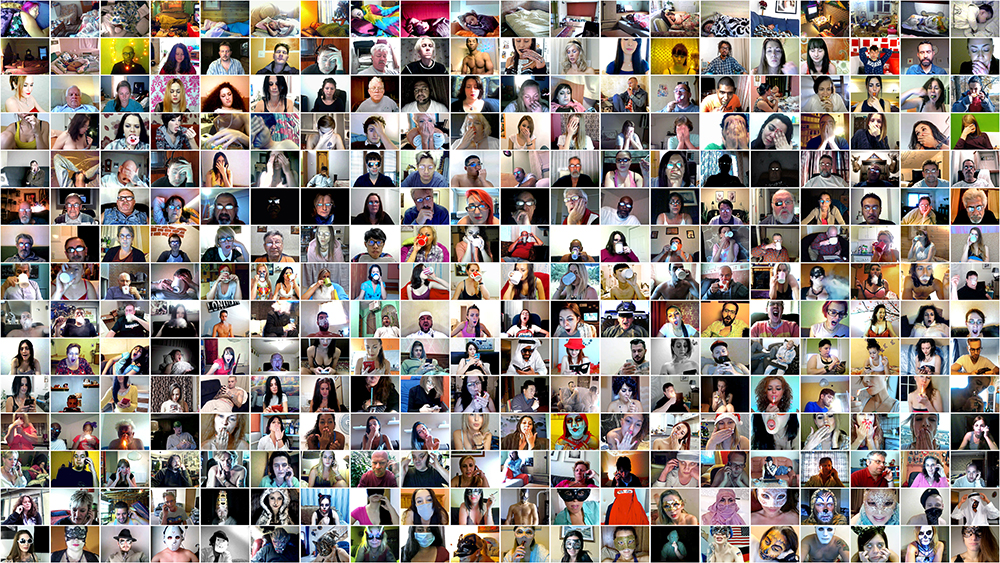