Increasingly the world looks like cyberspace. The film essay World Brain doesn’t deal exclusively with the internet but also touches on its transitional physical sites. This exploration brings together scientific images, interviews, YouTube excerpts, performances, and more. Over this the artists superimpose an inquiry into the utopias and ideologies connected with the idea of a world brain. That brain would be the first intelligence extraterrestrials would discover on earth. They would be well advised to wonder why that ravenous beast, which is supposed to bring happiness to human beings, has on the contrary subjected them to control and the deadening of the intellect. The investigation follows a group of researchers who are surviving in the forest thanks to Wikipedia. Unlike dreams of disconnecting, they leave everything behind except their connection. They use the forest as a way to link themselves to the network. 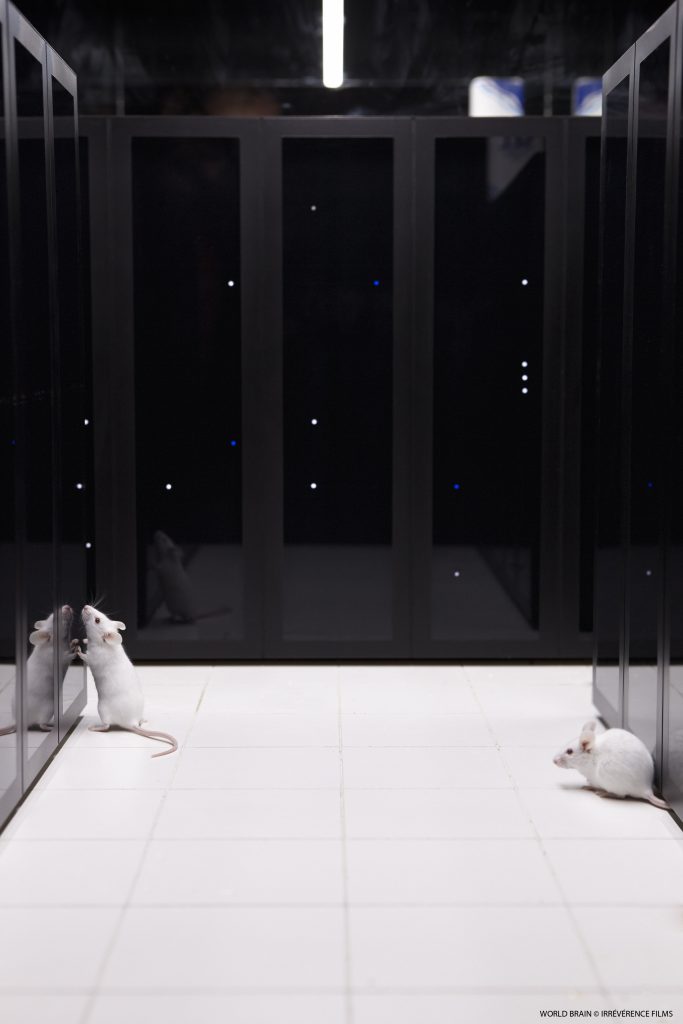