Harun Farocki, who died two years ago, was a filmmaker, critic, publisher, theoretician,
teacher, and curator who trained a lucid and constantly fresh eye on our relation to images and their nature. From his début in 1966, he shot over a hundred, usually short and medium-length films, mainly essays. His resolutely political body of work offers a grid for interpreting the evolution of regimes of images over the last 40 years, and especially the rise of systems of control.

In Gefängnisbilder, Farocki focuses on the prison universe, considering both the way it is represented in the movies and the latest visual control systems that it has begun to use. In Erkennen und Verfolgen (literally, “recognize and track”—the principles of tracking), he sets out to decrypt the increasingly widespread use of on-board cameras on missiles and bombs during the Gulf War. He also emphasizes the loss of reality in these images, which seem to come right out of a video game. 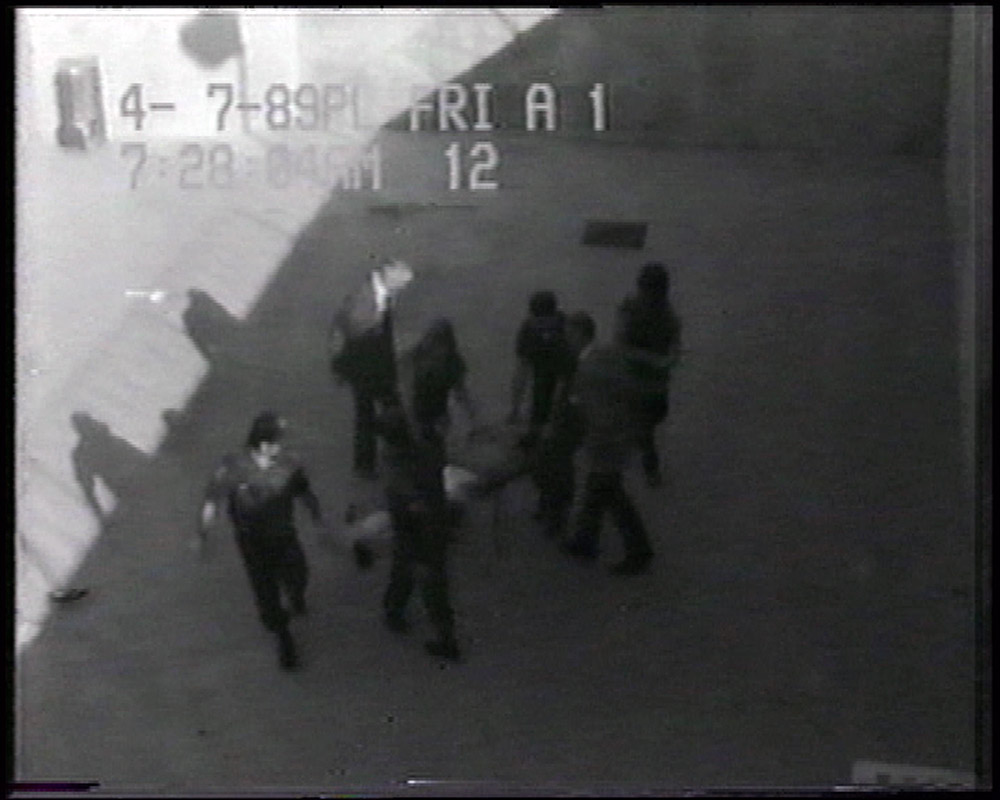