Known as an obsessive practitioner of drawing from childhood to the present with his “subway” and “blind drawings,” William Anastasi has produced objects whose importance art history has only recently begun to understand. Whether in Relief (1961), a square concrete plaque in which the artist urinated, or Untitled (1966), a gallon of enamel paint poured along a wall, it is always the concept of the gesture that predominates. Anastasi was friends with John Cage and close to the Fluxus movement, and his works using film cameras, as in Transfer (1968), often have a tautological character.

While this aspect of Transfer recalls Nam June Paik’s famous 1976 piece TV Buddha, the artist had very quickly grasped something else with this piece that we still have a hard time a mitting today: our infinite dependence on electric energy. 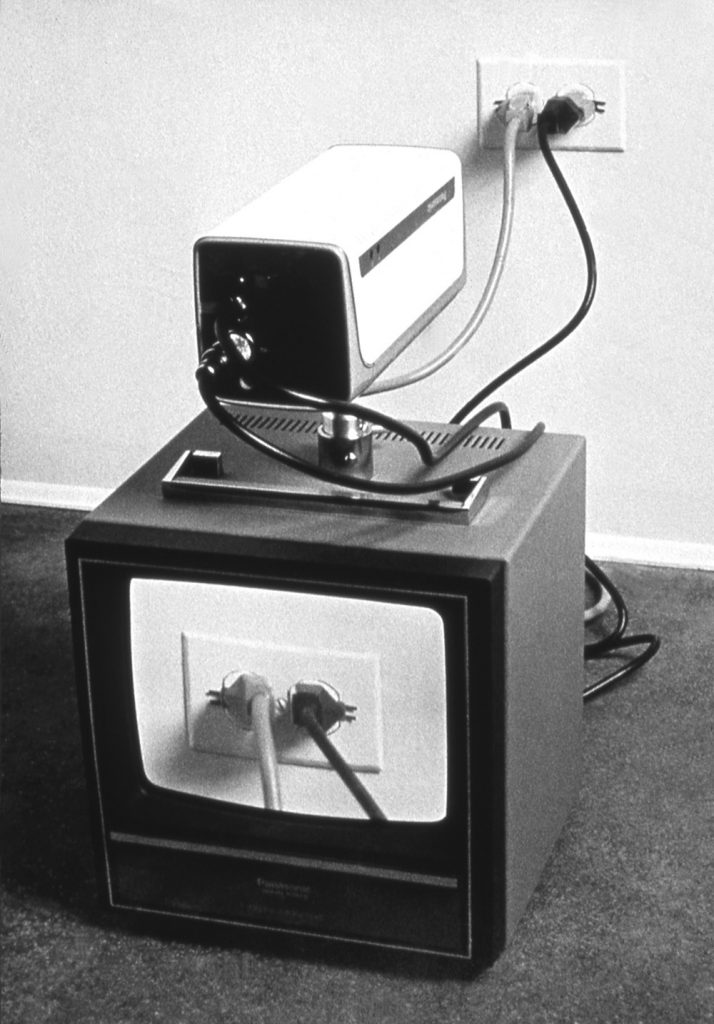